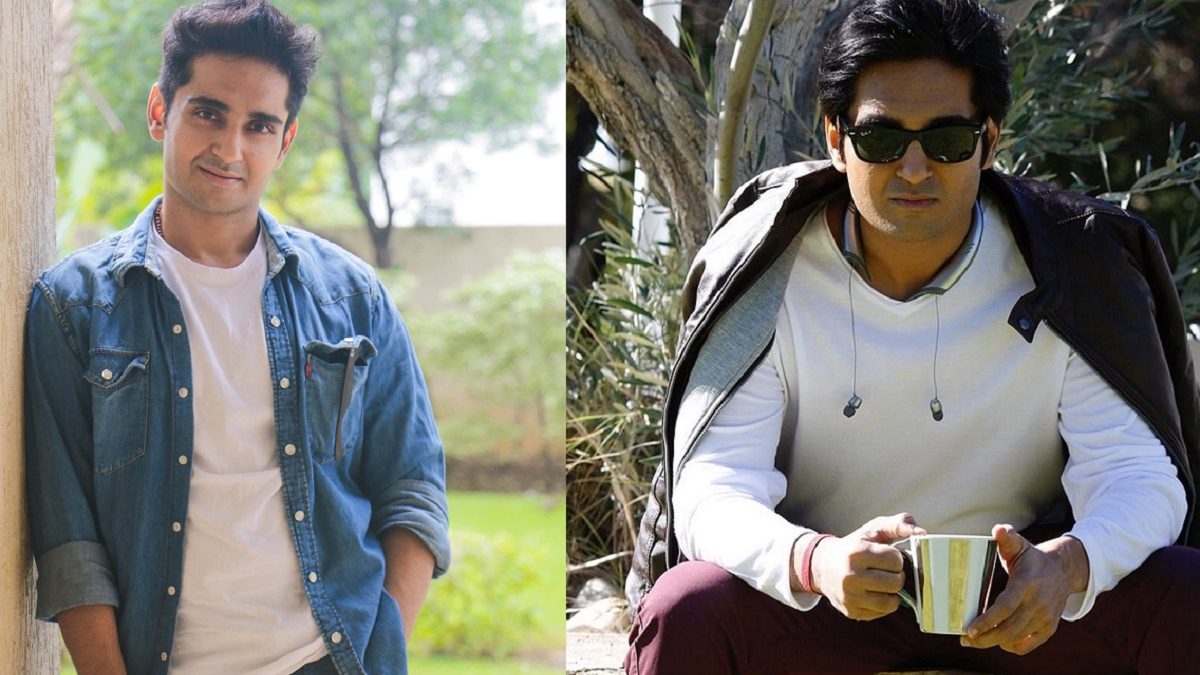 
From movies like Gunday to Sultaan, and now an extraordinary series “Pati, Patni and Woh”, Anant had been part of many successful projects. Here’s an excerpt of an exclusive interview with Anant Vidhaat.

1). From movies like Gunday to Sultaan, and now an extraordinary series “Pati, Patni aur Woh”, you have been part of many successful projects. How does it feel when people do recognize and appreciate your work despite acting with big stars like Salman Khan and all?

Ans. The feeling is astounding. It is wonderful that people recognize my work. I have immense gratitude for my fans and audiences who have watched all the movies and shows I am part of. It is incredible that in spite of working around big stars I still got noticed. I feel extremely fortunate.

2). When did you decide to pursue acting as a career? How was your journey up to here coming from a non-acting background?

Ans. I had started acting early in my school days. I used to take part in school plays and street plays during that time. When I was 13 or 14 I admitted to my parents about my desire to be an actor. I also started to engage in workshops held by TIE which is a part of National School of Drama’s theatre education for children around the same time. During my college (Kirori Mal College, DU) I was an integral part of our  theatre  society ‘The Players’ and then I went to Grotowski Institute, Poland for an in-depth theatrical study and also went to Kerala after that to sharpen my skills further, eventually came to Mumbai to pursue my career in acting

3). What were the challenges you faced, before getting established into Bollywood?

Ans. I believe it’s a journey and it’s hard to ever claim that one is established in Bollywood. I don’t know in this profession at what point one can really feel established. Especially when you are an outsider it can be quite tricky. As an Actor I had my own journey, I come from a theatre background and luckily My friends and colleagues from my theatre days were also finding work in Mumbai and we became a common network for each other. Some of us were here to be actors, some directors and writers so we all remained connected and tried to support each other to grow and achieve our dreams whenever there was a possibility.

4). What’s the story behind doing the movie Bharat, were you ever a part of it or it’s just a rumour?

Ans. I am not a part of the movie Bharat, I don’t know, but a fan updated on Wikipedia that I am a part of Bharat while it was being shot and I am amazed that even after it got released in 2019 and it’s been more than a year now still some people ask me the same question, which may be owing to my long association with Director Ali Abbas Zafar. Gunday, Sultan and Tiger Zinda Hai were all directed by Ali and I was part of all 3 movies so it was a mere presumption by people that I am part of Bharat too, factually it is not true. There was no role that was a right fit for me in Bharat. I was never even approached or even I personally haven’t tried to be a part of Bharat.

5). How was your experience working with Yashraj Films? Were your previous projects as an assistant director help in any way?

Ans. YRF is amazing in their treatment towards the actors, and it is wonderful how they take care of all actors on the set. I have great regards for YRF and I absolutely love to work for any opportunity that comes from them.

I worked as an Assistant Director under Satish Kaushik ji. I came to Mumbai to assist him right after my final graduation examination in Delhi. That period in particular was very important for me as I got to learn about how films are actually made. Understanding how a movie set functions and getting used to the ambience of a film making environment is very crucial. And this period of learning helped me immensely when I became an actor, as the film making environment was not alien to me. But actually there was a big gap between me being an Assistant Director and becoming an actor in movies, as after my assistant director days I went to Europe for around 3 years for my further in-depth actor training and then came back to Mumbai.

6). Which was your best performance till now, according to you? If you got a chance to recreate any 90s movie and play a lead in it, which movie would it be?

In the 90’s I was a big fan of Shahrukh Khan. I used to watch all his movies. The one movie that I would like to recreate if I have the opportunity would be “Kabhi Haan Kabhi Naa” directed by Kundan Shah. I loved SRK’s performance in the movie and it will be an absolute pleasure to recreate the character “Sunil”.

7) Any recent web series which you watched and wanted to be a part of it? Do you see any actor or celebrity as your competition in the industry?

Ans. There are a lot of web series that have good contents today. I recently watched Paatal Lok and I just loved it. Specially the effortless and brilliant Jaideep Ahlawat, It was a sheer pleasure watching him. But when I watch any show or movie, I watch them as an audience. I don’t think of becoming a part of it or replacing anyone while watching it. But yes a truly good movie or show inspires one to do such work.

I don’t consider anyone as my competitor or myself as a competition to anybody in the industry. Such competition doesn’t exist anymore as every performer has their own space to perform and get appreciated for their work and every artist is getting the opportunity they deserve. Now with the increasing number of platforms with OTT coming into the picture the scope of visibility has also increased. Whether it is a new show with fresh faces or a big Hollywood movie, one sees the posters of all the movies and shows lined up one after the other on the same platform.

8). What projects are you currently working on? Which project is going to release first in the coming days?

Ans. Right now I am shooting for a Netflix Show called “Mai” which is directed by Atul Mongia. Another project which was expected to release in 2020 but could not because of the pandemic, the movie’s name is “Mere Desh ki Dharti”. It is due for release soon when the cinema halls will open up. I am playing one of the lead roles in it along with Divyendu Sharma who plays the other.

9). What is more challenging among web series, films and theatre plays? Which one is your favourite genre?

Ans. I don’t have any favorites. All three come with different challenges and excitement. Television, Cinema or anything that has to do with cameras is different from theatre as in theatre you have to perform amongst live audience. So it is better to treat all of them differently for the uniqueness they bring with themselves.

10). Do you think Web series and OTT platforms are changing the regular equations of the entertainment industry? Where did you find yourself standing in Silver screen vs OTT?

Ans. It has definitely changed the equation. Also, due to the Covid situation OTT has found a dominant position for itself as people are mostly at home and looking for good contents on different OTT channels. Fundamentally, it is storytelling through camera, a good web series, or a good movie whether on OTT or in Cinema theatre appeals similarly to people. But OTT has its advantages which are huge, whether it is the money risk or the time frame one has to tell their story in, OTT has provided an alternative which is more flexible and friendly. In Cinemas one has to finish story telling in 3 hours. But in OTT you can keep telling stories for 10, 20, 30, 40 hours, make 6 seasons out of it with multiple episodes. It is a kind of luxury that OTT offers.

But I don’t think there is any need to categorize actors or directors on the basis of Silver screen or OTT. Big movie directors are making web shows and web movies similarly big movie stars are doing web content. It is not a question of choosing any one over the other, rather OTT should be seen as an extension or alternative to cinema.

Do Tayshia and Zac Live Together? ‘Bachelorette’ Couple Moving to NYC

Khloe Kardashian and Tristan Thompson as Cleopatra and Mark Antony

First comes love, then comes fame, then comes a short-lived engagement? That’s pretty much the formula for most couples on

What a journey! Sister Wives stars Meri and Kody Brown have weathered a catfish scandal, reality TV drama and more

Photos of ‘From Not to Hot’ Star